Big Bear Faire was awesome this past weekend. Not only were all of you that came and supported us amazing, the faire itself was just on a damn roll. Highest take in over 5 years, with the proceeds going to scholarships for local children. It feels really good to be a part of something like that. One more weekend to go, and I can’t even articulate how excited the rest of the band and I are about that. 1st weekend was damn fun, this last weekend was holy shit cool, and if the trend continues, our faces might actually melt off Raiders of the Lost Ark-style live on stage. So get your sweet asses to Big Bear this weekend. Drive to Fawnskin. Go to the Faire. Sit at the Vixen’s and Vagabond’s stage. Bring plastic bags if you are gonna sit in the splash zone.

Here are a few pictures from second weekend for you little boils and ghouls. 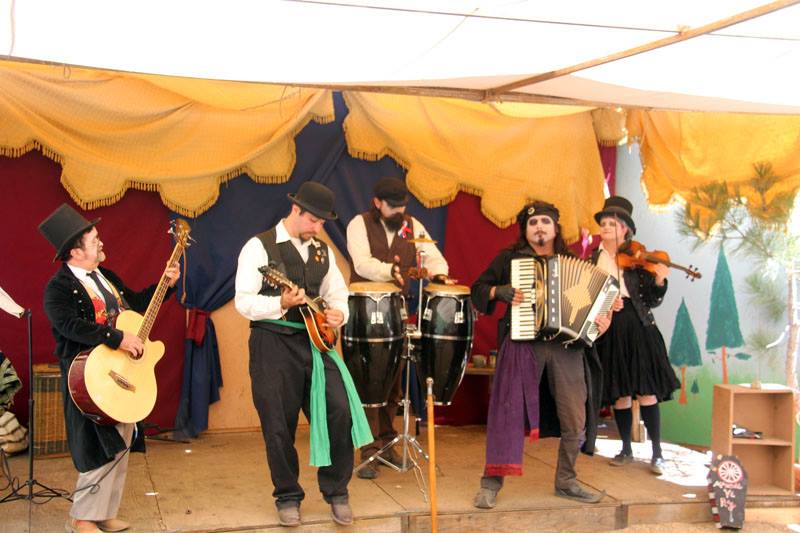 Hey, who are those guys? They look cool. 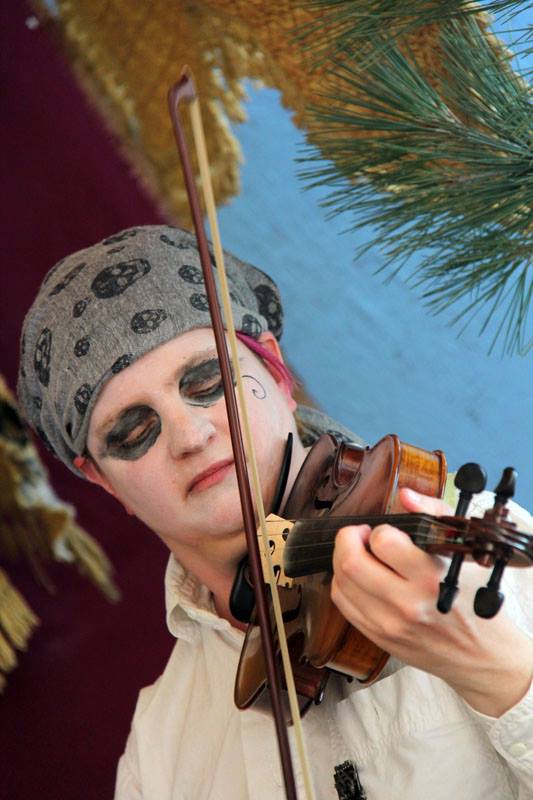 Awesome gypsy violin is awesome. Nadija is pretty sweet, too. 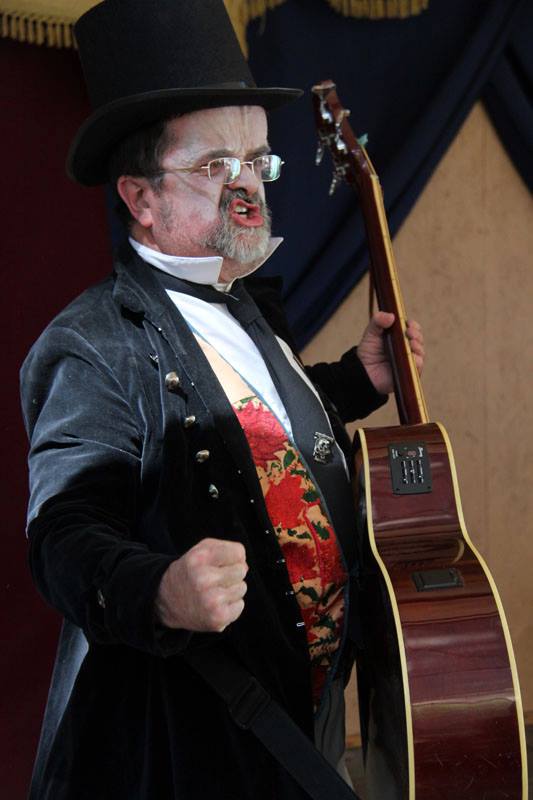 Uncle shows off his angry face. 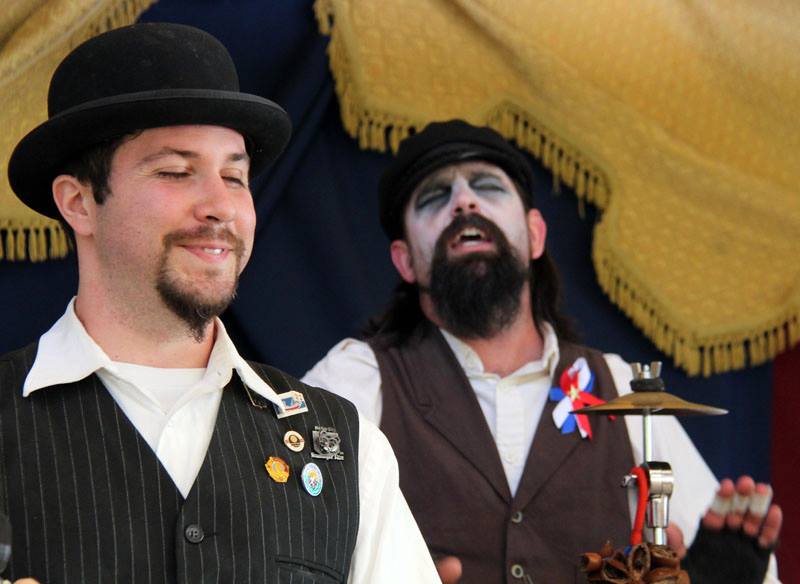 Vlad farted while my mouth was open. At least it was in tune. 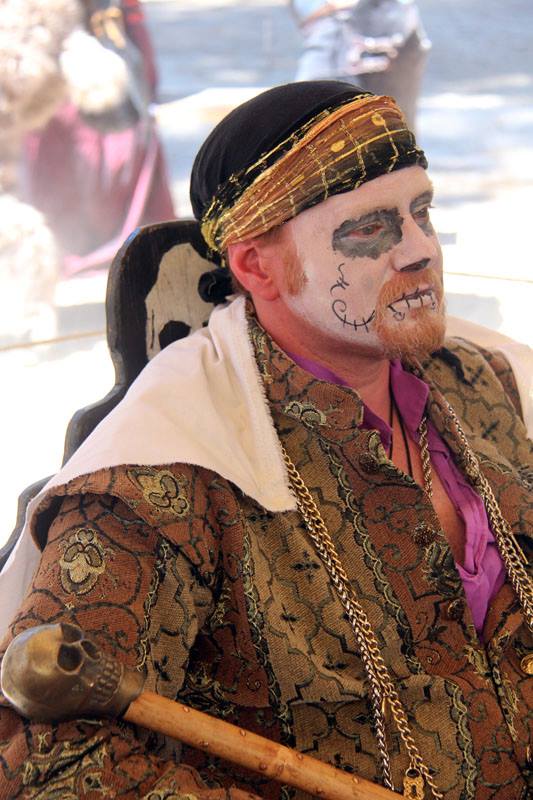 Gypsy King of the undead gypsies. 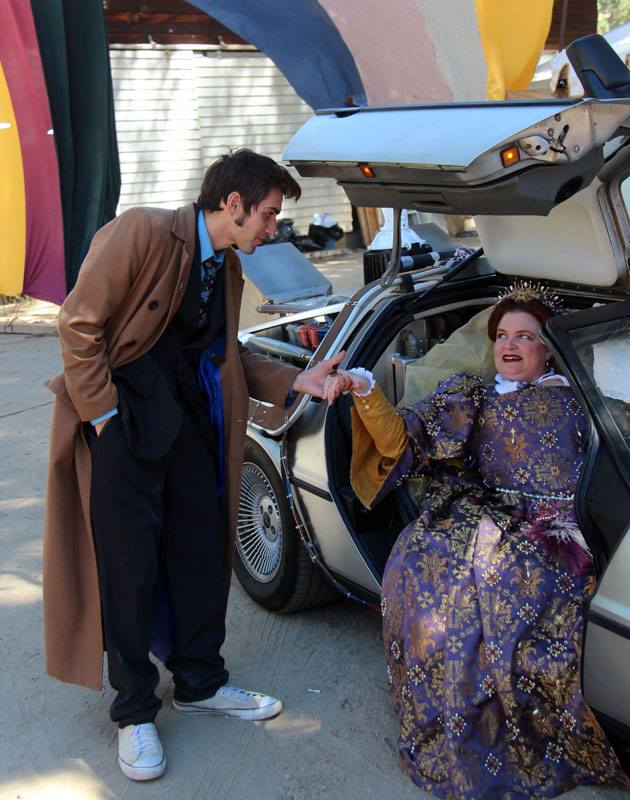 Is that Queen Elizabeth arriving to the Faire in a time-travelling DeLorean, being assisted out by The Doctor? Why yes. Yes it is. 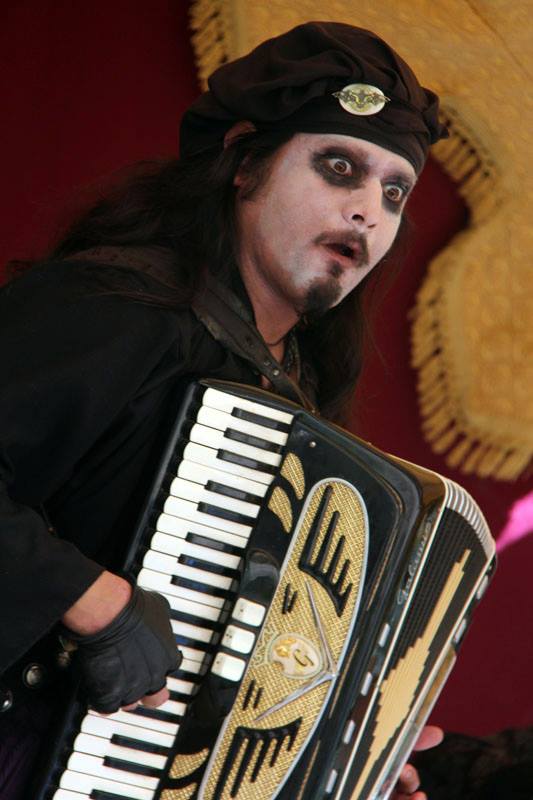 Gogu: “Holy craps! The Queen-Face just got helped out of a Time-Travelling DeLorean by The Doctor! Big Bear Faire is the best Ren Faire ever, and you should all come to final weekend!”

Don’t argue with Gogu. He knows curses and hexes and shit. Come to the Faire. Think of the childrens. So tender. So Tasty.

And come drool over the DeLorean, just like the rest of us.